As soon as you see a red light, you naturally hit the brakes, resulting in your car engine spinning to a halt.

Suddenly, the light turns green, and you find yourself stuck. Due to some reason, you're having trouble starting your car again, and you're slowing down the traffic.

Do you know what this means? You can recognize it as one of the symptoms of car engine malfunction.

Are you going to repair or replace the engine? 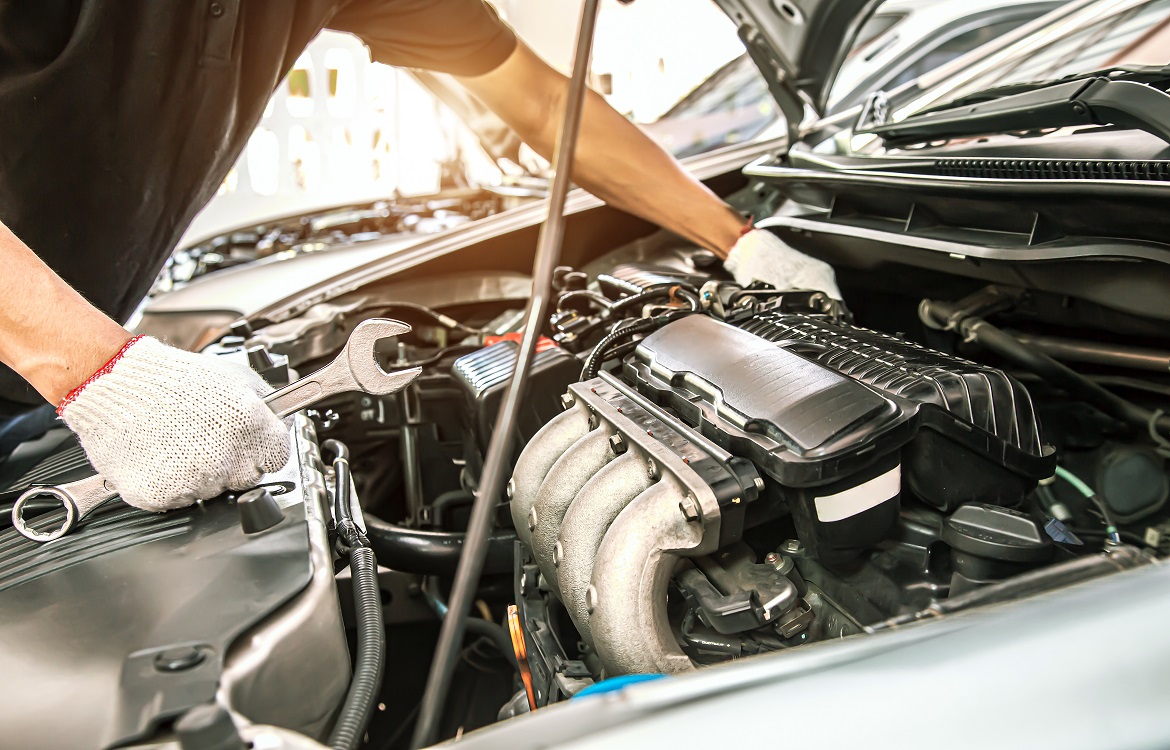 Is it time to scrap the vehicle or a basic car engine repair is all you need?

Well, only an expert can give you the answer and suggest if you need an engine overhaul or replacement.

If your budget is tight, you'd prefer to minimize the overhaul costs at the car engine repair center in Dubai shop.

However, to ensure you are not too overwhelmed, we bring you this guide to help you make an informed decision.

What Are The Most Common Causes Of Engine Failure?

There's no secret that heat is the most common cause of car engine failure.

Therefore, to determine whether an engine rebuild or replacement is necessary, you need to know what caused it to fail.

When the cooling system fails to maintain the optimal operating temperature for the engine, or when there is insufficient oil pressure or dirty oil, not lubricating moving components can create excess friction.

There are a few specific causes of engine failure, including

Your car warns you if its engine runs too hot. Various factors can cause engine damage, including overheating, a common cause of engine damage.

● The coolant level is extremely low.

● The car has negligible or bad-quality engine oil.

● The coolant system is leaking.

● The water pump is malfunctioning or broken.

2. A Lack Of Proper Engine Lubrication

A lack of sufficient engine lubrication is the most common cause of engine failure, followed closely by an infrequent maintenance schedule.

By lubricating moving engine parts, the engine prevents them from getting damaged and worn out prematurely.

However, oil infection (impurities) or low oil pressure can cause damage to engine components, resulting in engine failure.

Detonation happens when the fuel spontaneously ignites within the combustion chamber of an engine, similar to pre-ignition. This issue can damage an engine if the discharge isn't addressed immediately.

Detonation can be caused by various factors, including:

What Happens When an Engine Gets a Rebuilt?

Engine rebuilding requires taking the engine out of the vehicle and disassembling it.

As part of disassembling, cleaning, and inspecting the engine, all damaged parts get replaced with new or refurbished replacements.

On the other hand, camshafts, crankshafts, pistons, and other significant parts get replaced only when necessary.

Signs You Should Replace Your Engine

Here are a few signs that indicate it would be better to replace the engine than to try to repair it.

1. Having Excessive Or Colorful Exhaust Fumes

The smoke from exhausts is a significant indicator of engine failure. Overheating will cause oil to burn in the engine, causing blue exhaust smoke.

Leaving any of these issues unattended will undoubtedly require an engine rebuild if left unaddressed too long. A professional automotive technician can repair the engine without replacing it, but ask them before spending thousands of dollars.

2. Knocking Sound From the Engine

There is something wrong with the engine when it knocks. The knocking sound is not a sign of disaster for car owners.

An engine knock could cause something to explode under the hood. When a detonation knock occurs, it sounds like parts have blown away.

If the clicking or chittering stops after acceleration, there may be a valvetrain issue.

There may be an issue with the crankshaft if the vehicle's engine knocks when accelerating or working harder than usual.

Your car engine needs a replacement if the engine block gets cracked due to normal wear and tear, neglect of maintenance, or an accident.

A metal shaving found in the oil during routine oil changes indicates that the engine parts are not rubbing together correctly. When this occurs, there is usually a clear indication that the engine is on its last legs.

4. Smoke from the Hood

When smoke comes from under the hood, this indicates that the vehicle's engine has overheated, damaging essential components and possibly melting moving parts.

Depending on the type of damage to the engine, it may be necessary to replace the engine or to junk the car.

What are the Benefits of Replacing Your Engine?

Replacing an engine is often more affordable than replacing a vehicle, which can also extend the vehicle's life.

You can opt for engine replacement if your vehicle is still under warranty. This coverage will deliver a like-new car at little or no cost.

Insurance coverage for engine replacements is similar to warranty coverage, so you can again get a like-new vehicle at little or no price.

It is often more affordable to replace an engine than the entire vehicle, even without warranties or insurance coverage.

Sometimes car owners buy a secondhand car rather than replacing an engine to save costs. However, remember, used cars come with their own issues and there may not be any guarantee that the engine in a used car is sound. At such times, it's better to think long term i.e. getting a new engine because remember that replacing an engine in a used car could be twice as expensive if you encounter problems.

Some Important Things to Remember When Rebuilding an Engine

You should remember that overhauling a heavily-used engine can be costly. It requires drilling cylinders to receive new pistons. Labor costs and parts costs will add up. In addition, if the crankshaft is not round or aligned, the mechanic may have to line bore it.

In addition, it may be necessary to mill the engine block's decks to restore their good finish and flatness. Also, the engine will need to get disassembled during the process.

Mechanics will clean and inspect it thoroughly to determine if it contains any cracks or other damages that might prevent the heads or blocks from being rebuilt.

Furthermore, the rebuilding may require the replacement of the camshaft, lifters, or followers during the rebuilding. Additionally, mechanics may need cam bearings, timing chains, and oil pumps, among other worn or faulty components, to get replaced.

In the end, whether you decide to repair or replace the engine will depend on the status of your car. If it is economical and feasible to repair, then there should be no hesitation in taking this route.

However, when looking at a used car, you must consider the age and mileage if you decide to repair it versus swapping the engine with a new one.

Our experienced mechanic at Tire.ae, a leading Car Engine Repair & Service Workshop Dubai, can perform this examination. Get your car engine to the nearest Tire.ae store today or chat with us online to get instant answers to your queries.